Msgr. Shecterle has been our administrator since July of 2017, serving both St. Mary Mother of God and St. Anthony the Hermit Parishes. Before coming to St. Mary and St. Anthony Parishes, he was the president-rector of Sacred Heart Seminary School of Theology from 2012 to 2017. Sacred Heart Seminary School of Theology has facilitated the academic formation component for seminarians for the Archdiocese of Milwaukee since 2006, while their formation in the human, spiritual and pastoral dimensions takes place at Saint Francis de Sales Seminary.

From 1986 to 1990, he served as associate pastor of Immaculate Conception (St. Mary) Parish, Burlington, and was assistant vocation director, director of the high school seminary program and director of college recruitment for the Archdiocese of Milwaukee in the early 1990s. He was an assistant professor at Saint Francis de Sales Seminary from 1998 to 2002, dean of students from 2000 to 2002 and vice rector from 2002 to 2003. In 2003, he was released to serve on formation facility of the Pontifical North American College in Rome as director of counseling services, and as an invited professor in pastoral psychology at the Pontifical University of Saint Thomas-Angelicum, Rome. In 2007, he took on the ministerial responsibilities of rector at the American College of the Immaculate Conception in Louvain, Belgium.

In his spare time Msgr. Shecterle loves to cook, spend time at the cabin he built in north central Wisconsin and is an avid reader. 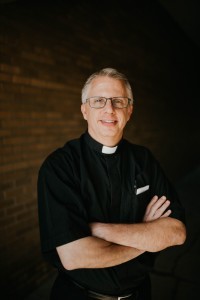